Posted on May 5, 2019 by AYearOfBooksBlog 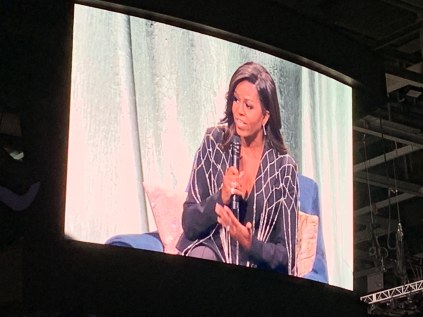 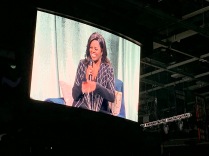 Michelle Obama took to the stage in Toronto and shared a powerful message to 15000 (mostly) women!  It was an amazing evening, listening to Michelle speak about her book, Becoming, with my daughter, mom, 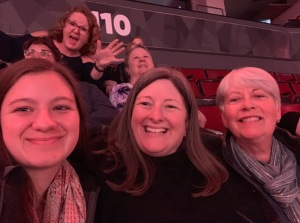 sister in laws and friends!  Her message to the audience was to tell your story, teach others, be open, have fun and practice failure.  She got screams of “run for president” and huge applause.  If you have not read Becoming, I suggest you pick it up and learn how hardwork and a good education have led her to a position of influence an to become the First Lady of the United States, the first black First Lady who encouraged children, had a garden at the White House and spread her message with grace and humility.

She shared how she had started out with little (financially), living in the apartment above her great aunt’s home but she had much love and family that helped guide her.  She shared that with “a lot of hard work and a good education anyone can succeed”!  Succeed she has, making an impact on the world with her role as first lady and with her most successful memoir in “herstory”.  I look forward to seeing what the Obama’s accomplish with their Higher Ground Netflix project which will enhance their power to tell stories.

She spoke of being open to change, instead of using the news to tell their story during the campaign races, she reached out to the people through late night shows, having fun with David Letterman and Jimmy Fallon.  She reached out with Ellen, with Sesame Street and took the approach of “making people laugh and then teaching them something”.  She trusted her young staff to help her reach out through social media saying that “if the goal is to reach people, you have to be flexible”.  (My favourite was her carpool Karaoke when as first lady she spent time with Jame Cordon).

She impressed on the audience that “no one gets where they are, as a success, on their own” and encouraged the audience to find people to trust, build a base of support, be out 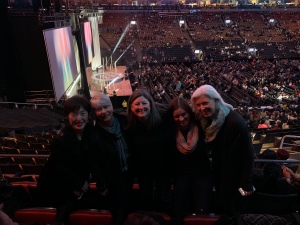 their and ask for help while building a community.  This message was specific to young people getting ready for college but applies to all.  She shared the importance of being curious, open to explore and to learn and to listen. She laughed to the teens saying that they “know nothing” but need to go out, make mistakes and learn for themselves.

She talked failure, how it is important to get used to fear, and know that “the feeling of failure ends, you recover from it” and that everyone else is failing all around you so likely not even paying attention to your missteps.  She noted that “I failed a lot but just kept moving through the failure” and that it is important to practice failing and get back up.  She shared how she had learned about the importance of not procrastinating when she failed the bar exam, having to tell the partners at the firm that she had failed which at the time had been very difficult.

Her powerful messages were packed into a great evening and will have a lasting impact on the audience!  It was a wonderful evening, leaving the audience many thoughts to ponder and her message will inspire others to make a difference!

“The path to anywhere is filled with bumps and bruises and lessons learned… hit them and don’t give up!” 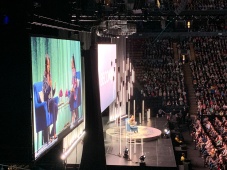 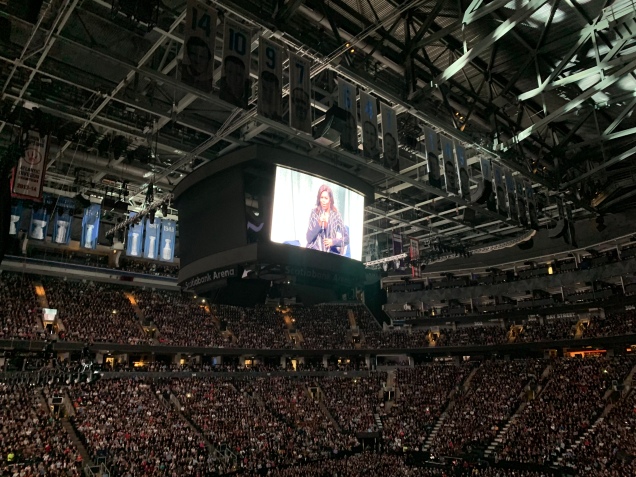 Like Loading...
This entry was posted in Author event and tagged Becoming, Michelle Obama. Bookmark the permalink.